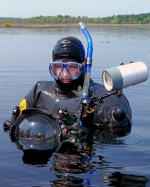 Do you have a bunch of photos on your phone that you're not sure what to do with? Learn how to take better photographs and video with your smart phone or tablet with this interactive class by photographer and videographer, Bob Michelson.

During this workshop you will learn why and how we take photos and how the type of phone we use can affect how we choose to edit and store them. Whether you plan to print, create digital slideshows, publish photo books, or post to social media, you still need to download, backup and organize your photos. Each student will leave class with a personal photo management plan.

BIO: Bob Michelson, of Photography By Michelson, Inc.,  has been a professional photographer and videographer since founding his company in 1974. Michelson is a published underwater and wildlife photographer and videographer who have been photographing wildlife above and below the water for 41 years. His photography and articles have appeared in numerous regional and national magazines including Natural History, National Geographic, and Field and Stream. Video footage and programming produced by Michelson have aired on ABC, NBC, CBS, Fox and PBS affiliate stations, in addition to the Discovery, History and Science Channels’. Footage is also playing at The New England Aquarium in Boston, The National Aquarium in Baltimore and The Smithsonian Institute. Ripley’s used his video materials for “Believe It or Not”, and underwater footage was used as reference material for the Steven Spielberg film, “In-Dreams." Currently, he is providing a series of educational workshops and seminars to libraries and school districts across Massachusetts.